By Nick Baum FRIDAY News broke out last night that President Trump agreed to meet with Kim Jong Un by May, The White House reported. Trump, whom along with Mike Pence didn’t believe the South Korean and North Korean merger for the 2018 Winter Olympic Games, will still remain skeptical and maybe even not convinced. … END_OF_DOCUMENT_TOKEN_TO_BE_REPLACED

By Nick Baum Thursday Today, President Donald Trump defied lots of international backlash and responses to deliver a recent set of tariffs on imported steel and aluminum. The tariffs, are to take effect as soon as possible, and Trump views the already occurring trade war as “good”, because for some reason, rising prices based on … END_OF_DOCUMENT_TOKEN_TO_BE_REPLACED

By Nick Baum THURSDAY It’s that time of the year again, International Women’s Day. The day was created to represent female empowerment and rights, while creating a pride to be female. March 8, the official date of the holiday, has been celebrated world wide, but this year has contained the biggest celebration so far. The … END_OF_DOCUMENT_TOKEN_TO_BE_REPLACED 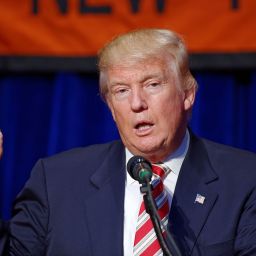 By Nick Baum THURSDAY President Donald Trump will be meeting with representatives of the video game industry in a conference, Thursday, according to the White House. He is doing this in his push to further update and confirm that video games are responsible for mass shootings, and be could be responsible for the shooting two … END_OF_DOCUMENT_TOKEN_TO_BE_REPLACED

Many media sources are proven to be biased, swayed, and only specialize in and make up certain information. Please, join us on our mission to retake the news into a place where we can rightfully be delivered true information that isn’t biased.